Can you imagine that people are wrongly imprisoned in our modern western society? It happened to Kenneth Ehigiene. He was convicted of drug trafficking. Two powerful judicial systems held him captive for months without even a police photograph or
fingerprint evidence. He ended up in solitary confinement and a fair trial was denied.

How could two powerful legal systems incarcerate an innocent man for months without as much as a mug shot or a finger print: throw him in isolation, deny him fair trial, dismiss photographic evidence of his innocence… ignore just about everything pointing to his innocence? Kenneth Ehigiene`s story has been declared improbable by some, extraordinary by others and a veritable real-life thriller by many. If only Kenneth Ehigiene knew that he was the big African “Game” in an elaborate German safari-hunt that would turn into a Dutch inquisition. If only he knew that he was now tied to the fate of a German teenage girl whose shocking story became an instant bestseller in Germany.Powerless, alone, condemned, jailed and denied justice on all fronts… Kenneth Ehigiene simply walked out of a high security prison one day – a free man. Suddenly. Unexpectedly – leaving jailers, prison officers and inmates stunned. This is the story of an improbable freedom from an unimaginable incarceration.

Kenneth fought a long and lonely struggle. He realized that his fight for freedom was not just a personal battle. He knew that he fought for many others who were fighting for freedom and against an unjust system just like him. This book tells the true story of Kenneth and his struggle. The book is about his fight against injustice. 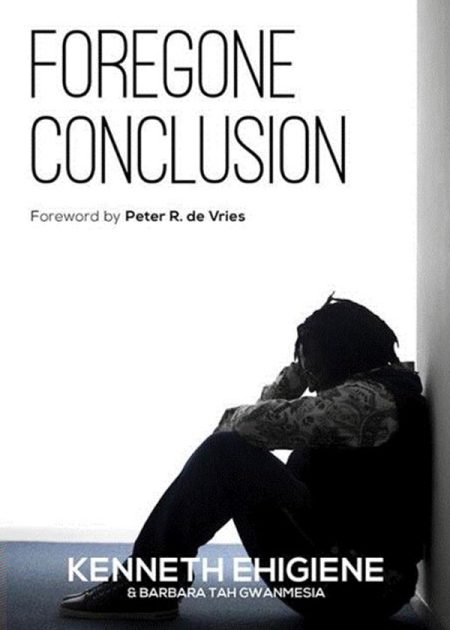